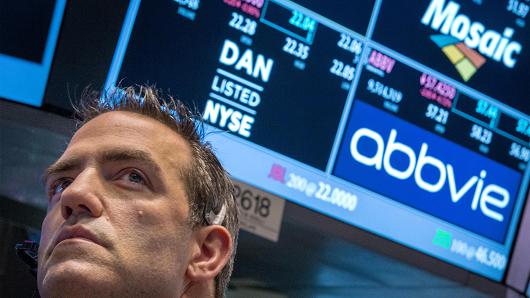 South Korea’s Samsung Bioepis has won a high-stakes court case on Friday against U.S. drug firm AbbVie for a biosimilar of the world’s best-selling drug.

Samsung is hoping to sell a version of arthritis treatment Humira in European markets as early as next year pending approval by the European Medicines Agency (EMA). With a judgement released over the weekend, the England and Wales High Court Chancery Division of the Patents Court determined that two patents covering AbbVie’s best-selling drug Humira are invalid.

The Samsung Bioepis biosimilar of Humira is now named SB5. Biosimilars are biologic drugs that are usually lower-cost versions of some of the world’s best-selling therapies.

The ruling determined that AbbVie’s indications pertaining to rheumatoid arthritis, psoriasis and psoriatic arthritis were unpatentable.

Samsung is joined by Tokyo-based Fujifilm Kyowa Biologics as a claimant. In total, four companies have biosimilars either approved or in the works.

In the original case filed in March 2016, Samsung sought to nullify dozens of additional patents on Humira filed by AbbVie to block the application. At the time, Samsung and Biogen said they wanted to be able to launch in Europe on the expiration of Humira’s basic patent in October 2018.

“We welcome the court’s judgment. At Samsung Bioepis, we remain committed to driving positive change in the healthcare system through the development of affordable, high-quality biosimilars,” Mingi Hyun, senior manager for global communications at Samsung Bioepis said in an email.

The decision written by Justice Henry Carr also noted the potential financial implications of the decision in Europe.

“I now turn to the question of spin-off value. The Claimants submit that the declarations will be influential in other European Courts and tribunals, and will make it more difficult for AbbVie to obtain preliminary injunctions, particularly in jurisdictions where validity cannot be challenged whilst patents are under opposition in the EPO (European Patent Office).”

Samsung Bioepis, 93.3 percent owned by Samsung BioLogics and part of the broader Samung Group, has one of the richest pipelines of biosimilars, including five other candidates in addition to EMA-approved Enbrel.

In 2015, Humira sales crossed $14 billion since approval in 2003, displacing Pfizer’s anti-cholesterol drug Lipitor as the top-selling drug ever. CEO Rick Gonzalez has repeatedly said the company would take every legal step possible to keep the franchise rolling under new indications and other related steps to hold off biosimilars.

In the U.S. Amgen has already won Food and Drug Administration approval for its Humira biosimilar, Amjevita, in June of last year. But Amgen CEO Bob Bradway has said he would hold fire until at least 2018 with the expectation AbbVie CEO Rick Gonzalez would head back to court.

Under the Affordable Care Act (ACA) an accelerated regulatory pathway for biosimilars in the U.S. has raised expectations of more filings. If the ACA is fully repealed as sought by the Republican-controlled Congress and President Donald Trump, however, access to lower-cost versions could be hit. That could potentially leave regulatory pathways outside of the U.S. as easier avenues for biosimilars.

In the case of Humira, AbbVie has long claimed its extensive manufacturing experience with the drug makes it hard for any competitor to jump into the market.

However, Carr was direct in his ruling that there were no grounds for keeping the field closed.

“In my judgment, AbbVie would not have invested the considerable resources that this trial has required unless there was a good commercial reason to resist the declarations,” Carr said.