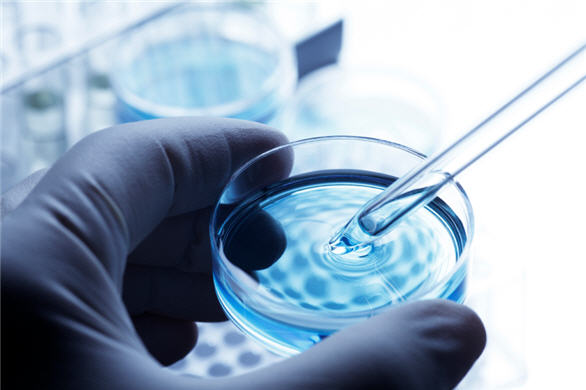 Hundreds of products are at some stage of development, but only a handful may get on the market in the next few years.

The biosimilar segment of the pharmaceutical industry is on fire. Some 700 biosimilars are at some stage of development, according to Biosimilarpipeline, and the website reports that more than 660 companies are involved in some way in the biosimilars land rush.

Not unlike people in other industries, those in the biosimilar game have an interest in selling their industry, so, yes, there is some froth to these impressive numbers. The core market boils down to a much shorter list of biosimilars of blockbuster biologics with patents that have expired or will do so in the next few years. Biosimilar makers don’t need to wait till patents have expired to get FDA approval, and patents can be added or cleverly extended, but the commercial and legal outlook for a biosimilar improves if a key patent is ending. Sales of some of the brand-name biologics with expiring patents have skyrocketed in recent years. Humira tops that list, so even if it were to lose half of its market share—which could take years—and had to match rebates by biosimilar makers, Humira will still easily clear the bar of $1 billion in sales that puts a pharmaceutical in the blockbuster category.

The number of biosimilars in development far exceeds the number of agents that will be approved in the near future. QuintilesIMS predicts that by 2021, we’ll see FDA approval of biosimilars of Avastin, Herceptin, Neulasta, and branded epoetin alfa drugs, which include Epogen and Procrit. But biosimilar developers won’t have it easy. The companies behind the brand-name products are going to protect their turf with rebates and marketing. And, eventually, there may be three or four, even five biosimilar products competing against each other.

Still, the biosimilar race is on, and the attraction isn’t hard to understand: There is gold them thar hills. Biologics are a huge—and growing—part of the pharmaceutical market. They racked up more than $150 billion in global sales in 2013, and sales are projected to almost double by 2020, according to a report by Deloitte. A 2016 IMS Institute report on the potential market for biosimilars predicted that the global market for biologics will be even larger and reach $390 billion by 2020.

Rather than target biologics with smaller annual sales as a way to get their feet wet, biosimilar developers are starting with products that will compete with the branded products at the top of the expenditure table. That way if they can get their product on the market, these developers have a legitimate shot at also having a blockbuster.

The amount of money at stake is impressive. The IMS Institute report, which was funded by Novartis, projects that without biosimilar competition, a total of $225 billion will be spent on eight top-selling biologics in the United States and five European countries (Germany, France, Italy, Spain, and the United Kingdom) between 2016 and 2020. But those eight biologics are losing patent protection, and IMS calculates that the cumulative savings from biosimilar competition from 2015 to 2020 could range from $45 billion (if the discounts are 20%) to $90 billion (if they are 40%).

If the experience in Europe is any indication, biosimilars may also increase the use of biologics. In Sweden, for example, the introduction of the biosimilar version of filgrastim led health care officials in the country’s southern region to relax prescribing restrictions. Use of the class of drugs that filgrastim belongs to increased fivefold. So for American payers, biosimilars may be a mixed blessing: Lower prices may be offset to some extent by greater utilization.

Biosimilar developers see that it is much easier to mimic an already proven therapeutic molecule rather than scan the universe for something new and then wonder if it will be a commercial success. This also applies to drug companies that have developed original biologics, like Amgen, which is developing biosimilars and also pursuing new, novel biologics. The expertise and internal skill sets these companies have developed in bringing new biologics to market give them an advantage in developing biosimilars.

The IMS report argues that biosimilars could shake up the pharmaceutical industry—but in a good way. Competition from generics forced the companies to be more innovative and had a hand in creating the wave of new specialty drugs, which include, of course, many biologics. The advent of biosimilars could once again push the industry into an innovative phase.


Still, the biosimilar market is far from a sure thing. Developers will have to lawyer up and ready themselves for high-stakes patent fights. A biologic may have 100 or more patents and, given the billions at stake, “it is reasonable to expect that the originators will vigorously defend their patents,” says Mark Ginestro, a principal with KPMG.

Ginestro says it’s going to take several years for the patent litigation to settle into a predictable pattern. In the meantime, biosimilar companies will need to be cautious and evaluate the development and launch of each particular biosimilar carefully.

The legal issues is this country rat’s nest compared with Europe. That’s part of the reason why Europe has 23 approved biosimilars while the FDA has approved just four so far: Zarxio (filgrastim-sndz), Inflectra (infliximab-dyyb), Erelzi (etanercept-szzs) and Amjevita (adalimumab-atto). However, the United States remains, by far, the world’s largest pharmaceutical market, including biologics, so there will be some pressure to get the legal issues ironed out.

The FDA has also approved Basaglar, an insulin glargine. Insulins are biologic products but not currently governed by the FDA’s biosimilar pathway and regulations, although that is scheduled to change in 2020.

Biosimilars do have a few nonlegal developments in their favor. Technological advances are being made in genetic processing to characterize biologic molecules and the analytics used to evaluate and prove biosimilarity. Improvements are also being made in the manufacturing techniques used to produce biosimilars. These changes hold the promise of reducing development and production costs, so biologics with smaller sales may also get some biosimilar competition.